State of things – Smart manufacturing (part 1): The hype and the glory 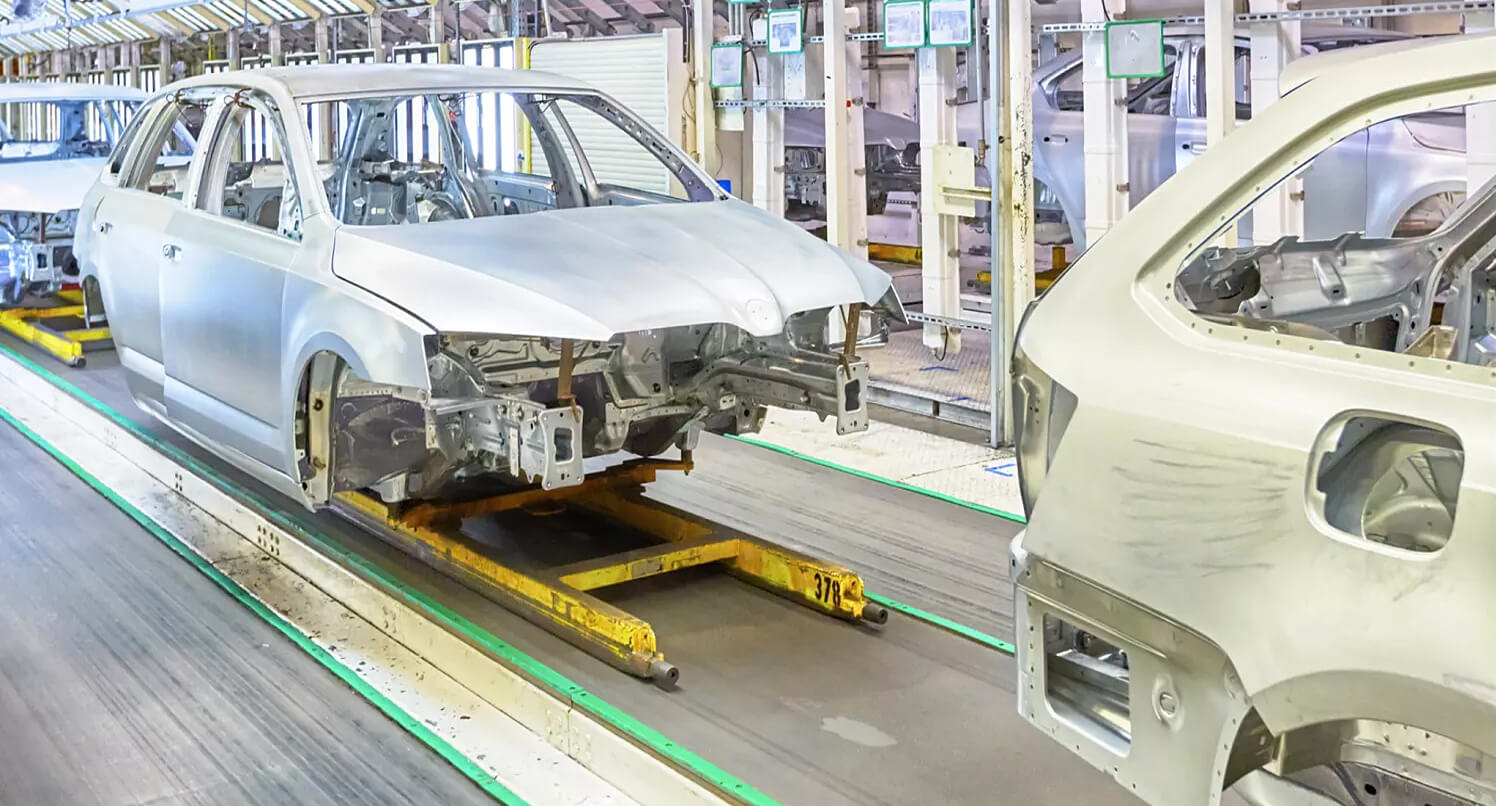 This article is taken from a longer report, Smart manufacturing: asset management, predictive maintenance, dynamic scheduling and other use cases, from August 2018. The full report features additional information and use cases – as well as the article in its entirety. Click here to download the full report.

There are three ways to be smart in manufacturing: to be smart in the process of it (the factories), the business of it (the enterprise), and the produce of it (the goods). This report deals with the first of these definitions, crossing over into the second as information (IT) and operational technology (OT) systems are more closely aligned.

As part of Enterprise IoT Insights‘ investigation into edge-cloud setups in industrial plants, we have unearthed a number of informative case studies, showing how manufacturing companies and technology providers are collaborating to bring intelligence closer to the action.

This categorisation of smart manufacturing reflects the industrial strategies set out variously in Europe, notably under the European Commission’s Horizon 2020 scheme, Germany’s Industrie 4.0 initiative, and France’s Alliance du Futurprogramme, as well as in markets like China and Japan, as China 2025 and a New Industrial Structure, respectively.

The point is to have manufacturing processes, which are informed by data, and sparking with insight. “They should be intelligent, data-driven, action-oriented, and responsive,” comments Michael Yost, president of the Manufacturing Enterprise Solutions Association (MESA) International.

Greg Kinsey, vice president at Hitachi Vantara, says the same. “It is about how you digitise and run your manufacturing operations – to improve productivity, quality, efficiency, and flexibility”. But he draws the line. The key is in the digitisation of manufacturing, he says – not just in the linking up of industrial IoT sensors, but in the process of innovation.

Smart manufacturing, then, is about to explode. “If you’re not investing in these technologies, know that your competitors are already doing so.” This is the clarion call from GE Digital at Internet of Things World Europe in London in June (2018), where the mood for industrial change is tangible.

Rounding off a keynote in London, Deborah Sherry, the company’s senior vice president and chief commercial officer, made clear the starting gun has already sounded. “If you haven’t started, you need to; the industrial IoT race has already begun,” she said.

Indeed, temperatures are rising. US carrier Verizon strikes the same note in a separate keynote. Ray Underwood, the company’s head of global business development, says the incoming industrial revolution is about to break big. “The change over the last 15 years pales in comparison with the transformation we are about to see with IoT,” he remarks.

For asset management, GE quotes European figures from PAC, suggesting appetite for predictive maintenance is turning to hunger, with 83 per cent of companies planning investments during the next two years, and 49 per cent already invested, and going further. For field services, its other focus area, it cites figures from Vanson Bourne, claiming a four-times return, of $4.44 for every $1 invested, on service data collection and usage.

GE is a “living case study” for industrial transformation, lest we forget. Sherry recounts the story of former chief executive Jeff Immelt’s reinvention of the Boston-based conglomerate eight years ago, after seeing technology companies extract more data from its machines than it could on its own. “We were being disintermediated,” she says.

Eddie Amos, vice president of platform and applications and CTO at GE Digital, tells Enterprise IoT Insights: “We use the tech in our own manufacturing facilities – with condition based monitoring and smart analytics. If you look at our power monitoring and diagnostics centre, that’s all based on our asset performance management applications. We’re just extending what we’ve already done in the manufacturing realm.”

GE’s digital business is being sold for parts, as its parent seeks to focus on its core business, but its legacy is assured. The company developed its own industrial IoT platform, Predix, and built a business, GE Digital, around it – and the industrial vendor community has turned on a dime to chase its tail, with merger-and-acquisition activity driving an increasingly sophisticated array of industrial IoT support propositions.

Despite a slow start, its late impact in the market should not be ignored. “Ten per cent of the world’s power is Predix power,” says Sherry, on stage in London, beneath the logos Enel, EDF, Exelon, and the New York Power Authority.

She reels off a quick-fire round of industrial impacts: SSE has saved £10 million on unplanned outages, Deutsche Bahn (DB) has reduced service failures by a quarter; Noble has reduced on-rig costs by 20 per cent; RasGas has slashed volumetric downtime by six days per year. There are others. Productivity is up 30 per cent at Topcon; operational efficiency is up four per cent at BP.

GE’s revised position on digital is murky. At press, it had appointed investment bankers, implying sale or restructure. “It can’t keep funding GE Digital at the current rate. ‘Something’s got to give.’ It looks like the axe may fall on GE Digital,” comments Chris Kocher, managing director of venture consultancy Grey Heron.

As a timely (August 2018) aside, the response from commentators seems to capture the hunger in the market. Pierce Owen, principal analyst at ABI Research, says: “It’s sad; just as it gets its act together, it’s being sold piece by piece. It’s bad for the movement as a whole. As poorly as GE Digital did at first, it served as a catalyst and a wake-up call. We wouldn’t see ABB Ability and Siemens MindSphere making progress now if GE hadn’t kicked the industry into gear.”

IoT connectivity and platform vendor Telit tells it like it is. “Industrial IoT is the most transformative technology, allowing companies to collect data in near real-time from any machine used in the manufacturing process. Data is the new gold and its availability can deeply improve factories productivity,” comments Ricardo Buranello, vice president for IoT factory solutions.

It quotes McKinsey & Company; enterprises will be able to reduce costs from between five and 40 per cent by implementing industrial IoT solutions, it says.

The story is building; enterprises have evolved from “talking about” transformation to implementing proofs and pilots, reckons Gartner. Verizon’s annual state-of-the-market report says manufacturing is leading growth for adoption of IoT network technologies, with an 84 per cent increase in year-over-year connections. High-value verticals like healthcare and utilities are growing, but not at the nearly same rate.

The market’s surprise at the about-turn in the GE Digital story appears to make the crazier forecasts about the economic potential of industrial transformation more creditable, even if they remain wildly divergent.

The fourth industrial revolution will be like nothing we have seen before, says the World Economic Forum, worth $6.8 trillion to the global economy, more than the value of the entire consumer internet market. The GSMA says the IoT market will be worth $1.1 trillion in revenue by 2025. The latest study, by Market Research Engine, says the industrial IIoT market will surpass $176 billion by 2022.

Michael Yost is president of the Manufacturing Enterprise Solutions Association (MESA) International, a meeting place for manufacturers and technologists, convened 26 years ago during the first wave of industrial automation.

His favourite study about the potential impact of technology on manufacturing is from Cisco, from back in 2013, which says manufacturing alone will capture as much as 27 per cent of the total value from the $14.4 trillion ‘internet of everything’. “Either way, we should be able to find some gold in those hills,” he says.

Back to GE. Building momentum is a fall-back theme of the London show. On another stage, Sherry’s boss, William Ruh, chief digital officer at GE and chief executive at GE Digital, notes the rising tide, about to pull everything from its moorings. The transformation of industry will be more dramatic even than the revamp of the retail sector, he suggests.

Even the telecoms industry is circling, sensing the opportunity at last to substitute ethernet with ultra reliable wireless connectivity in critical industrial systems.

The sector’s appetite for IoT solutions, including low-power wide-area (LPWA) technologies, has emboldened Ericsson to double it forecast for cellular IoT connections to 3.5 billion by 2023, from around 0.6 billion million today – and from a year-ago forecast of 1.8 billion units in the period.

Swedish operator Telia has run a series of 5G ‘New Radio’ smart factory tests in the 28GHz band at Nokia’s plant in Oulu, Finland. The idea was to showcase 5G edge video analytics on an assembly line to send real-time alerts of inconsistencies in the manufacturing process. Private LTE and network slicing, combined with giants leaps in cloud computing and artificial intelligence (AI), make cellular relevant in industrial settings, at last.

These movements are combining as more than the sum of their parts, says Jan Koistinen, director of 5G at Telia Finland. “We start to have this thunderstorm effect – there is this super-cell being formed, which will produce this force to really get the air moving around. It will effect the way industries can build their processes based on digital infrastructure – on 5G, data centres and AI.”

Verizon, speaking for the telecoms sector at large, says it is “best positioned” to enable digital change in industry. Underwood explains In London the simple logic of its connectivity portfolio, offering LTE-M and NB-IoT for LPWA jobs, and advancing LTE and 5G for low-latency jitter-free connections.

Market dynamics have reached a tipping point, he says; network device costs are coming down and network technologies are advancing. The advent of edge computing accelerates this trend. “If you take all the intelligence off the device and move it to the network edge, then prices start to come down to nearly-throwaway levels, which opens up the entire supply chain. That is the single driver that moves us from millions to billions of devices.”

The kaleidoscope has been shaken, and the pieces, still in flux, are starting to fall into place for the manufacturing sector at last. If another voice is helpful in this hype-building, then PTC’s cuts the mustard. The Boston-based outfit says this momentum has translated into a more enlightened approach among manufacturing companies. “There has been a shift over the last five years,” says Mark Gallant, senior director of marketing for IoT solutions at PTC.

To be continued… A full version of the article, including additional information and use cases, is available for download. Click here to download the full report. A new report and webinar on edge computing in industrial IoT setups will be released this week. Called AI and IoT at the cutting edge – when to move intelligence out of the cloud and closer to the action.